If you can't install packs on a build, you can try, restart the docker-machine:

In order to use the Linux Shell to use the usual aliases such as Ll for ls -lh to use, you have to use the following trick:

Since the login via sh is not a Linux login shell, the alias definitions are /etc/profile.d not loaded at login.

Enough, deal with Sh –login in the container, then the alias definitions are available.

A DockerFile for a PHP 7.2. Environment with XDebug for a Symfony 4 Environment on Amazon Linux 2:

To debug with Xdebug and PHPStorm in the Docker Container, but gets the error message:

this is due to the, that Docker in the Toolbox variant for Windows has the placeholder docker.for.win.localhost not filled. So the IP of the PHPStorm computer has to be set manually.

To do this, you manually set the value of xdebug.remote_host to 192.168.99.1 (the IP Docker sets for the host, can varnise) cli interpreter options:

To place a local folder in a Docker Container on Windows 10 to mount, you can either use Docker for Windows or if you are using the Windows 10 Home Edition used, one is forced, This by hand with Virtual Box Do.

To do this, you have to use the Docker default Select Box in Virtual Box:

and add a new Shared Folder: 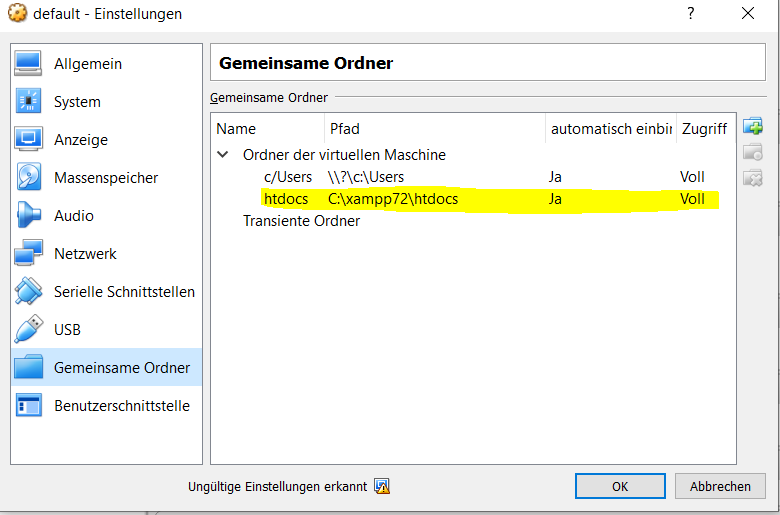 Now you can mount your directory in his docker-compose.yml:

Now the folder in the Docker container is successfully mounted.

The following command can be used to test, whether the mount was successful:

The advantages of docker:

- Containers can be exchanged very easily with docker, This helps with the work on joint projects, If infrastructure needs to be angeapsst, only on the dev environment, then on the test environment, etc. So can run test using the appropriate environment, It therefore has a dynamic test environment, instead of a static

- the containers make it easier, the development environment for software projects all participants quick and easy to make. This will make easier the onboarding and dependencies are avoided, as e.g.. a development server, work on all, which may not be altered but

- impertinent so finally environment simulates also distributed systems in development and testing and testing. This can error be earlier found and avoids. Who does not know that, the production system consists of multiple nodes behind a load balancer with master/slave database, but the dev/test/staging system has only a node without slave.

- Plattformunabhaengikeit: You can run on his MAC Windows applications in the container without any problems

The just completed project baby taschenrechner.de deals with the issues relating to the development of the own child:

The Web page is to help parents find out, When you need to buy what dress size, the approaching winter/summer home to have the appropriate.

Parents can thus einschätzne, If the child is too thin or too thick for your age/size/weight ratio.

The following technologies were used for the realization:

With the docker-compose.yml can be quickly built up a container-based environment with docker. The memory values for the Java VM are customizable (512MB) and for the docker image (1GB).

Cluster with 2 Nodes to operate, can see the elasticsearch2 comment out.

For local development with Symfony3 and PHP7 I have it assembled following docker image, which includes the following features:

Error running connection boilerplate: Error checking and/or regenerating the certs: There was an error validating certificates for host "192.168.99.100:2376": dial tcp 192.168.99.100:2376: i/o timeout You can attempt to regenerate them using 'docker-machine regenerate-certs name'. Be advised that this will trigger a Docker daemon restart which will stop running containers.

At the Fehlermledung, to new regenerate the TLS certificates, has helped me not, as recommended by others, Virtual box to update to the latest version, but only, the default image, to which docker himself erzegt generate together new certificates. 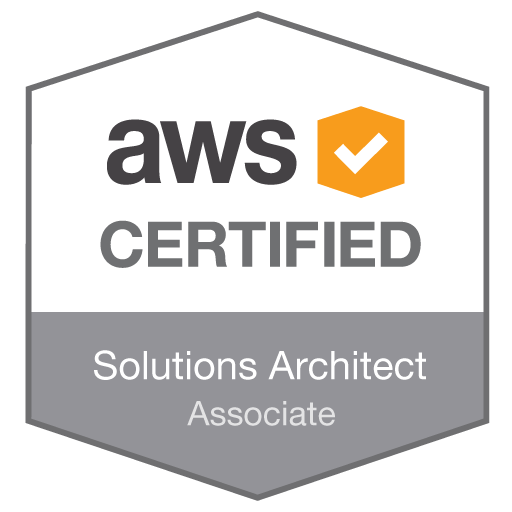